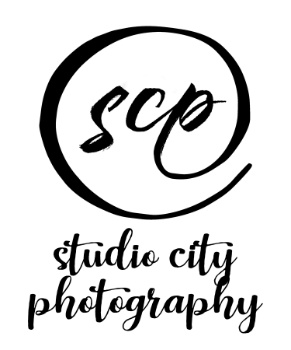 Amanda grew up in the small town of Eaton Rapids, Michigan.

Before she was three years old, she was singing along (word for word) to nearly every song on the radio, and was known by her family to pick up the phone (often at 5:00am before the rest of the world was awake) to call her Granddad and have their morning chat. By age four, Amanda could read without aid, write legibly (even in cursive), and could do basic math, including multiplication. In kindergarten, Amanda had her own desk separate from the other children to work on her advanced reading, writing and math skills. Ballet, tap, and gymnastics classes began carving out her artistic path.

Amanda maintains that being the youngest of three children attributed to her advanced education and her broad range of interests. While her parents agree, they still claim they knew she would be an interesting and talented child from a very early age…

Her family adoringly called her “Amazing Amanda” for pursuing anything and everything she took an interest in, and “Hurricane Amanda” for the messy trail she would always leave in her wake, as most artists do.

By fourth grade, Amanda was playing the piano, singing and writing songs, drawing, painting, writing poetry and short stories, typing over 70 words per minute, shooting her bow and arrow with her father, playing basketball, and processing English and mathematics at a high school level.

“My parents always encouraged me to try new things and to work at them whole-heartedly,” Amanda says. “If not for my family and the inspiration they all brought to my life, I would not be who I have become.”

In 1993, Amanda became the first female to play tackle football for Eaton Rapids. True to her ambitious character, she continued with sports (basketball, football, soccer, volleyball, and track and field) and also with music. Amanda picked up the alto saxophone a year later than most kids, and after one half hour lesson (and much of her own practice) joined band and took first chair. That same year, Amanda began experimenting with her father’s camera, taking photos for school projects and for friends. Despite her many interests and talents, she fell in love with the art of photography and decided to make it her career goal in life – she was twelve…

At age 16, after taking as many photography classes as her school offered, Amanda began accepting photography jobs – shooting weddings, senior pictures, and many events for school.

Her junior year, Amanda started a women’s bowling team for Eaton Rapids. That same year, Amanda received a scholarship through Western Michigan University to study photography at Kalamazoo Institute of Arts at a summer camp for a group of “elite” students. Almost immediately following that program, Amanda participated in a mission trip to Pittsburgh, PA where she helped re-build homes for impoverished families. “I didn’t take my camera with me for fear it would get damaged in all the construction. Two days after being there I called my mom begging her to send it in the mail – I just felt incomplete without it,” Amanda recalls. “It arrived in one piece and thankfully so – I was just barely 16 at the time and many of the photos I captured to this day remain some of my most beloved work.”

Amanda went on to graduate high school with honors at the age of 17, and received a full-ride scholarship to Grand Valley State University to study communications and photography.

Amanda remained involved in college, studying in the advanced honors program, maintaining the Dean’s List, singing in gospel choir, bowling for the college team, leading youth group with her sister, and pursuing yet another passion of hers – body-building.

In 2004, Amanda accepted her first “formal” job as a professional photographer with a well known studio in the Lansing area, and has been professionally living her dream ever since.

In the summer of 2008, Amanda stumbled upon the beautiful town of Three Rivers, Michigan in search of a place to begin her solo career.

“The artist in me was drawn to this town and all that it has to offer – the atmosphere, the environment – all reminiscent of my hometown,” Amanda muses. “There’s so much inspiration in every direction – I knew without question this was the place I had dreamed of since I was a little girl.”

Studio City Photography has since expanded into Southwest Florida, where Amanda's work continues to create quite a buzz from the Tampa area all the way down the coast to Marco Island.  Amanda now enjoys touring the country, polishing her photography skills, regularly traveling between her two "homes" in Three Rivers, MI and Fort Myers, FL.